All the tools needed to perform central office DS3 installs in one convenient kit.

This DS3 Coax Tool Kit enables you to terminate high performance 734 & 735 BNC/TNC connectors from Trompeter, Milestek, Amphenol, ADC and others.

If you can't find the exact tool kit to fit your needs then by all means build your own at Custom Tool Kits. 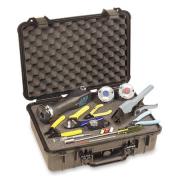 Description: Basic 80160 Basic DS3 Kit does NOT include the Powered Stripper and Stripping heads. ONLY the manual stripper is included.
Dimensions: 19x15x7
Item #: 80160
Weight: 13 lbs. 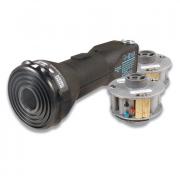